The House under the Star

Where does a crest on the top of a baroque house come from? It’s a great contribution to a story how addresses came into use. In a very remote past there were no house numbers. Instead, people used to name buildings by the closest context or their owner. Therefore, when visitors from different towns were looking for a well-known Toruń’s spice merchant, they knew that he lived in the black house behind St Mary’s Church, right next to Mr Piotr Unger’s house. But as towns grow bigger and bigger, soon there are several houses behind the church, out of which three are painted black! So what do we do now? That’s exactly the time when various characters began to “sit down” on roof gables: golden roosters, wild men, tin cats or silver unicorns. And it was a star that sat down on the roof of one of the Old Square houses.

At the end of the 17th century bishop Kazimierz Dąmbski brought an Italian workshop to the town in order to decorate the elevation of his palace. The Italians did their job perfectly, turning the house into a sugar-coated cake, dripping with festoons and garlands. Dąmbski’s palace soon became the object of Toruń merchants’ admiration and jealousy. Religious context was also quite significant. How come that some senior Catholic priest should have a house that is more impressive than the houses of Protestant merchants, erudite people fond of beauty, lovers of antiquity? That’s when, in a fashion similar to the bishop’s palace, houses started to dress up – including the House under the Star. The typical kind of decoration has also remained on the elevation of the house at the New Town Square no 5, and at Caesar’s Arch.

Inside the house we can see a beautiful spiral staircase with a Minerva figure. Today, in the House under the Star there is a Museum of Far East Art, with such unique exhibits that any great and worldwide-known collection would be definitely proud of. 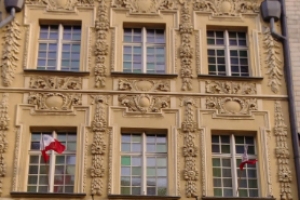 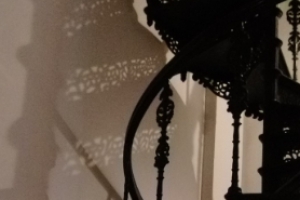 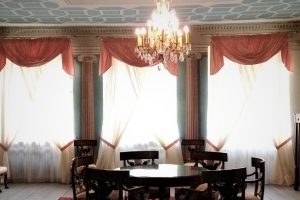 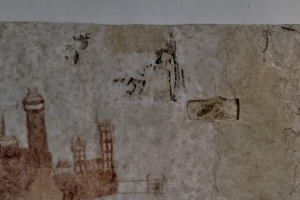 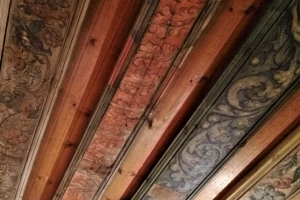 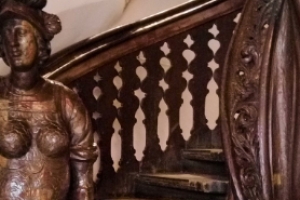