During good old times, countries used to have their owners. Some claim that the same applies today, only less officially. The role of a feudal – the owner of the country where Toruń was located – was performed by Teutonic Order. The Teutonic Knights, wishing to emphasize their authority, erected a castle with an impressive, almost 50-metre-high tower. The tower seemed to inform out loud: this is our state and our entire power.

Elites of the more and more autonomous towns shared a different opinion, though. Indeed, dear feudal, perhaps you are the one who has the power over this land, but the wide range of liberties that we have lets us engage in great trade and go into unconstrained foreign policy. Our towns are republics of merchants! Because we know it already, let’s say it. Out loud, clearly, once and for all. This is when the architecture lends a helping hand – the most durable and graceful tool of propaganda. The Old Town Hall seems to shout: I’m the castle of this town, the palace of merchant elites! My tower can compete with the castle one! Yes, it wins this competition!

The four-winged building with a yard and an impressive tower brings together all the most significant urban functions. It is the town hall – Council House – par excellence, the centre of power. But it’s also merchants’ house, court, weigh house, arrest, archive, first-aid arsenal, finally – store room for alcoholic beverages. What’s important – and provides probably the best illustration of how powerful the council of Toruń was – is that the merchants’ house, cloth hall, belonged to the communion from their very beginnings. Other cities, such as Kraków, Wrocław or Poznań, had a chance to buy their cloth halls back from the feudal only several decades later.

The Town Hall walls witnessed crown parliament proceedings, religious disputes, finally – they hosted the great and notable ones. This is where Jan Olbracht drew his last breath, losing the battle with his three most powerful passions: booze, fat meals and women.

People say that the Town Hall is an enormous calendar. One of its towers symbolizes a year, four wings with four small towers – the seasons, twelve big rooms are like twelve months, and the number of windows is exactly the same as the number of days in a year. That’s why during leap years, the three hundred sixty seventh window is exposed, only to become built in again at the beginning of March. 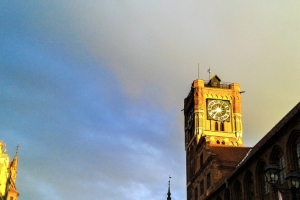 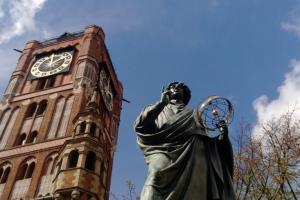