Whether Copernicus was really born in the house visited by hundreds of thousands of tourists every year, wishing to commune with his greatness, is a whole different story. In fact – there are indications that it’s not Copernicus’ place of birth. Never mind, there’s nothing to worry about. The house itself is definitely worth taking a closer look in order to better understand the times, as well as the context, in which the future genius was to grow up. Copernicus’ House is a typical merchant… detached house. The representatives of Toruń’s elites used to build houses that perfectly demonstrated their good luck in business. The building used to perform the function of a residential house on the one hand, while on the other – of a useful storehouse for some currently traded products.

House is like a rich merchant’s business card. The walls say: I’m a prosperous businessman, so, my dear future potential partners, how about going into partnership with me? Together we can earn more!

A typical house in Toruń had a typical room arrangement. Town houses, usually two-bay, have the main entry door fitted in an impressive portal. The heart of a house, its living room, constitutes a high-ceilinged hallway. A huge room emphasizing its owner’s prestige. Side walls of the hall are a perfect place to put some shallow full-arch niches, later filled with paintings. There’s also a little kitchen in the corner, and the whole space is surrounded by a mezzanine floor, sometimes called an overhanging room.

In the back bay of the first floor there’s a dayroom - the place where large sets of medieval paintings about religion and court can often be found. Merchants in Toruń are very religious, and their great taste, extensive contacts and even more extensive aspirations find their reflection in the manner of wall paintings. They take an after-dinner nap at Three Kings’ feet, St. Ursula and Eleven Thousand Virgins, or under a dragon being stabbed by St. George’s spear. The highest, warehouse floors are covered by a rich stepped top. It’s easy to imagine a 15th century street with Gothic houses tops having niches filled with paintings. 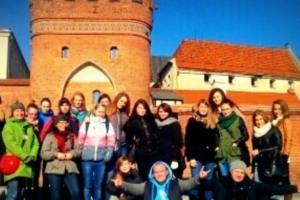 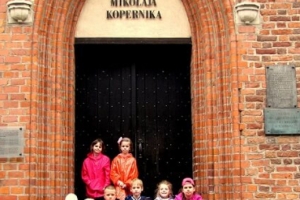 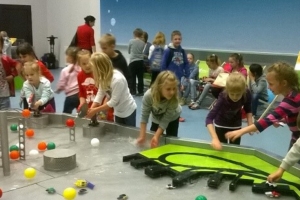 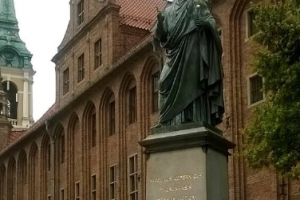